The new system was successfully implemented, making cost-effective use of existing assets wherever possible without restricting the upgradability of the system in the future

Delivering a communications system that could weather any storm, and one that the police and army could trust without hesitation

After years of being subject to blistering heat, strong winds and salty sea air, the radio systems for the Jamaica Constabulary and the Jamaica Defence Forces had fallen into disrepair, and Jamaica’s Ministry of National Security sought our expert advice to help replace the older system with a system that would address every shortcoming of the previous system – in doing so, creating a broader reaching, more reliable and faster-reacting service to protect the general public.

We had a team based on the island throughout this project, and from day one they were working closely with stakeholders to fully review Jamaica’s existing radio network and services, as well as making sure that they had a rich understanding of the Ministry’s requirements. It was only once our consultants had obtained a good understanding of the various shortcomings of the system already in place that they started comparing various technical options and solutions that would deliver the features and functionality that the Ministry wanted.

Once we had determined an appropriate business case and successfully secured funding, we then incorporated the Ministry’s requirements into our tender documentation before going on to lead the formal procurement of the replacement system. Ultimately, we were asked to manage the implementation of the system too, all to a tight deadline that required the system to be fully operational before the start of the Cricket World Cup in the West Indies.

Motorola was awarded the final contract, delivering a resilient 150Mbit/s microwave backbone as well as an island-wide mobile communications system. In addition, as part of the procurement and contract negotiation, we made sure that watertight service level agreements were in place to guarantee the maintenance and smooth running of this crucial infrastructure.

Our consultants were perfectly placed to assist with the replacement of this essential communications system, having conducted numerous IT and telecoms projects for emergency services over the years. The new network was successfully implemented to a high standard, while the use of a mixed-mode (analogue and digital) system meant that a high percentage of existing radio terminals could be reused in the new system, minimising the cost of procurement. That said, the system as it stands could be easily upgraded to a fully digital system in the future.

The new solution improved the reliability of the system for thousands of users, significantly reducing downtime. 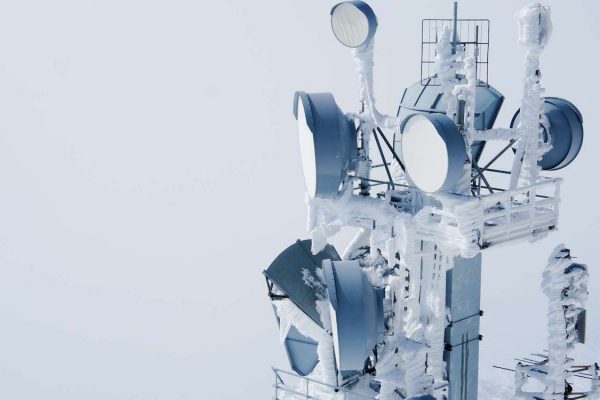 Supporting one of the most ambitious roll-outs in Norway, involving 2000 base stations and 300 separate control rooms.