Disruption is nothing new, we are all familiar with the postal service, before being confined to simply delivering us our online shopping, we, humans used to send postcards and letters as a method of communication, that is before email came along

Trumps promise to his supporters was to remove what is called the “Establishment” from the White House. The Establishment is often referred to career politicians who remain in the halls of power no matter which president is in office. But political nuances aside, what can Trumps promises teach us about Organisational change or lack of it?

Trumps promise to his supporters was to remove what is called the “Establishment” from the White House. The Establishment is often referred to career politicians who remain in the halls of power no matter which president is in office. But political nuances aside, what can Trumps promises teach us about Organisational change or lack of it?

In our scenario, we replace Trump with a CIO and the White House with a FTSE 250 company. The CIO may find themselves pitted against a well-established organisational structure with its decades embedded culture. The positives of such maturity I’m sure are plentiful, but we would be wise to consider the negatives too, which brings me to the following.

What I will say is nothing new, however it is something I thought had long been confined into history. And that is, organisations very often fail to predict and adapt to the disruptors entering their marketplace, or worse yet, fostering within their internal organisations.

I experienced this first-hand with a recent client of mine. I heard the words which I thought were only present in the world of “Memes”, and they were “we have always done it this way”

From an operational point of view, the Parent organisation failed to see the prevailing winds of change and therefore did not understand the potential value of it. The child firm as a result, experienced a significant number of IT incidents, failed changes and low satisfaction from both the users of IT and its practitioners.

In defence of my client, they had tried to implement some improvements in that space, a transformation of sorts. However, faced immense push-back from senior stakeholders.

Trump too is facing immense resistance internally from those who are used to working a certain way and who simply don’t agree with Mr President. Rightly or wrongly, those resisting the new way of doing things, have at times got things wrong. For example, Trumps unusual approach of personally using Twitter to get through to his support base rather than Mainstream media, arguably got him into the office.

Resistance then, can be a catalyst for demise. We are all aware that business strategy and IT strategy are connected, IT strategy should support the objectives of the business. So, what can we do, when we face resistance to changes in the way we organise, build and deliver IT services?

Trumps approach is to fight fire with fire, a shouting contest. Organisations must adopt a more calculated approach if they are to survive. Survival is not an over exaggeration here; we need only look at the likes of Blockbuster and Polaroid.

Both corporate giants in their time, and both are no more. They failed to adapt their business strategy, and if we agree that IT strategy should support the business strategy, then it too must adapt. I should caveat that there is also the other extreme, which is organisations undergoing change and transformation for the sake of it. New technologies and methodologies are not on their own a suitable enough catalyst. Any action that does not bring value and get companies closes to achieving their business goals, is simply an exercise in wasteful spending of time and money.

So how then, do we start to grow a culture which is responsive? Dare I say, “agile”, one which is not only able to adapt but also predict disruption, that is to say, be able to participate in technological and business innovation. This would allow an organisation to be proactive in the marketplace, realising true competitive advantage, rather than playing second fiddle.

Disruption is nothing new, we are all familiar with the postal service, before being confined to simply delivering us our online shopping, we, humans used to send postcards and letters as a method of communication, that is before Email came along. There are hundreds of such examples which we don’t need to cover here. The point to remember is that, changes to the way things work do not happen instantly and overnight. They are gradual, which is a positive sign for organisations as it allows them to adapt, not making a decision to be more agile in this case is simply making the wrong decision.

It will not be an easy task, but the first thing to note is that it must come down from the top. The leadership need to foster a new culture which embraces change. A small action toward that goal is to empower your employees, allowing them to seek out ways for improvement and challenge the so called “status quo”.

Talk, conversations and often difficult conversations, must be had, their goal is to identify the focus areas you want to remove, which perpetuate the status quo and, in their place, foster new ways of working. This can include certain areas within the business or certain actors, who are the gatekeepers for change and innovative thinking, instead promoting “group think”. Efficient employee engagement has been proven to add to innovative and value add solutions.

This brings us to arguably the most important factor, the why. Organisations often fail to communicate why certain decision are made. Employees should feel involved in this process, they should be able to understand the benefits, this will allow them to work with the leadership team rather than fostering resistance, through being made to feel that change is simply being imposed on them.

Lead by example, leaders must acknowledge their own shortcomings and mistakes in this area. Do not be afraid to apologise, this will show the rest of the organisation, they too can make mistakes, and that will enable them to innovate.

This you will agree is a topic which can warrant hundreds of pages of research and hours and hours of thought. But I hope the brief introduction can help you navigate the right direction and avoid ending up at the same destination as, Blockbuster or Polaroid, though I have seen growth in promotion of “instant cameras” to the younger generation, a case of nostalgia? 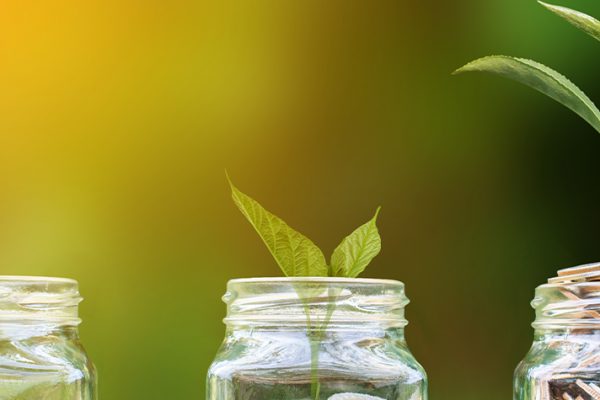 Delivering value from IT investment

To remain competitive in today’s changing market conditions and technology landscape, organisations need to make sure that their operations are lean and ensure all their activities are aligned to delivery of value to the business.