Datatec spin-off Mason Advisory is well equipped to advise clients on critical IT and communications infrastructure but, as leader Steve Watmough tells Mick James, that is just the start.

Datatec spin-off Mason Advisory is well equipped to advise clients on critical IT and communications infrastructure but, as leader Steve Watmough tells Mick James, that is just the start.

Growth is a permanent conundrum in consulting. It’s a matter for indifference for clients, but most consultancies realise that without a healthy level of growth they will be unable to attract and develop their people, and run the risks of becoming intellectually stale.

But growth brings with it a host of other problems, not least the question of how long you can keep it up. Never say never, but no-one has so far managed to grow a new “Big Four” firm from seed, so at some point every firm needs an exit strategy.

Often this ends up being a trade sale to a larger company and this was the route that IT consultancy Xantus took in 2011 when it joined KPMG.

This was in many ways a logical move – specialising in CIO-level advisory work, Xantus had expanded into the space left by the departure of the bulk of the Big Four from IT consultancy work. Joining KPMG made it an important part of the rebuilding of that offering from the client-side advisory perspective.

Once completed, integrations leave the founder with a dilemma: some forge new careers in the acquiring firm, which often take them far from consultancy. Others cash in and put their feet up. For some the urge to innovate and be entrepreneurial is too strong and this tends to take them back into the outside world, as Xantus founder Steve Watmough explains.

“When you make small into big the big gets to position as the best of both – that’s one of the reasons that it works,” he says. “But there are cultural differences so you have to reorganise – as you become bigger the tendency is for brand to become all important, for the level of brand trust to become more important, and because of that level of risk you have to carry more process.”

Having left KPMG, Watmough is now going back to his roots – in more ways than one. After starting his career working in group telecommunications with Boots, Watmough became a director of Mason Communications which was then a communications technology consultancy which had built up a strong track record working with public and private sector clients, ranging from mobile network operators to emergency services clients such as Police, Fire and Ambulance services.

After Watmough left, Mason was acquired by global IT services provider Datatec and merged with Analysys, another telecommunications consultancy. “There was a big opportunity with the growth of telecoms and consultancy to support, for example, the growth of the mobile phone industry,” he says. “But elements of the Mason business were strongest in a deployment capacity – this niche fit contrasted with the rest of the business, a UK-focused end-user consultancy operation in an internationally-distributed telco adviser.”

A casual conversation between Watmough and Rob Evans, Datatec’s Consulting Services chairman, led to a novel solution: the end-user focused part of the original Mason business would be spun out once again as a stand-alone entity, in which Watmough would invest both personally as leader and financially as part-owner.

“That was very important to me,” says Watmough, “I like to be fully involved and Datatec are relatively hands-off in the style of a private equity partner.”

In order to allow the new entity, known as Mason Advisory, to operate through the transition, Datatec also agreed a service management structure which will supply finance, IT and project office services.

“This allows us to share the systems and processes of a large organisation,” says Watmough. “It’s a fresh start to a new business but we’ve also got a 30-year track record, relationships and customers.”

The next question is where to focus Mason Advisory’s broad capabilities. Although strongly identified with IT, Watmough’s interest has always been more on the information side than the technology.

“My early years at Boots gave me an insight into what you could achieve technically – for example how knowing what you are selling today could help you make better decisions about what to sell tomorrow,” he says. “We have good skills but with a better quality of information we can make a different set of decisions.”

He sees the opportunity for the immediate future in advising clients on high availability, highly secure IT services – which he says, is more of a quality than a technical issue:

“Mason’s specialised capability is in advising large organisations on their critical IT and communications infrastructure, with a strong niche in the area of wireless communications,” he says. “The opportunity for this business is where organisations do rely on high availability systems with high levels of security and technical performance.” But they also need value for money and have to ensure that benefits discussed as part of a programme are ultimately realised. “Too many IT projects in the past have identified benefits but then failed to deliver them through inadequate governance around the delivery.”

Already this is proving to be an expanding market: “It’s a good platform for collaborative dialogue,” he says. “In conversations we say we normally only work with organisations who need business critical availability, and people say, ah, but you might be surprised at what is critical to us.”

“It builds on the model I’ve always believed in,” says Watmough. “To make good decisions in the IT world you need a strong blend of technical, commercial and business acumen, ideally in the same person but definitely in the same team.”

At the moment Watmough says he is looking for “modest numbers” to grow Mason Advisory’s current headcount and build additional skills. After that one senses that the sky is the limit:

“There are a number of ways we could go,” he says. “We could become a specialist provider of how to deliver strong mobile communications or continue to build up a broad set of IT skills around high performance, high availability and high quality.”

My view is that current trends make this an excellent starting point, particularly when combined with the wider insight that Watmough brings to building new business models using communications technology.

“We’re trying to focus on the next wave,” he says. “As an industry we spent 30 years trying to introduce technology to business and the next 20 trying to make it work reliably and at an affordable price. In the next 10 years let’s try to be creative with it.” 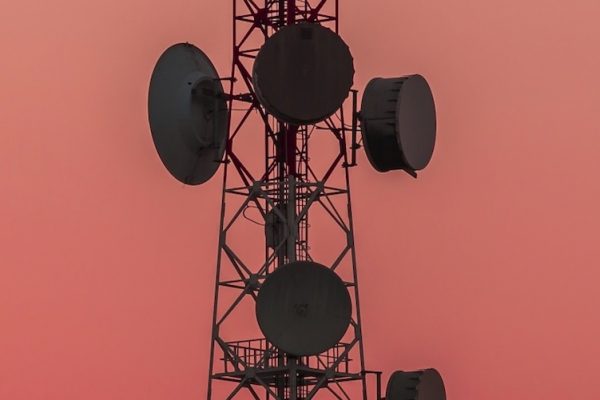